The impact of sugar on our health and wellbeing has been very well documented recently and it was the focus of the recent health day in St Nailes Kinawley.

The primary schools pupils developed a wall display illustrating the sugar content in some of our favourite beverages!

A very powerful piece of work and one likely to make a lasting impression on all who see it. 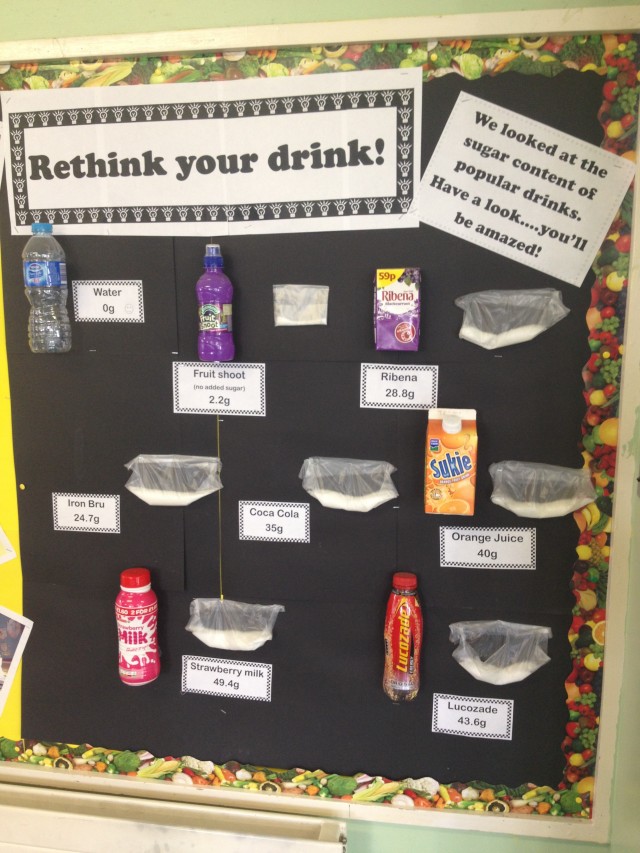 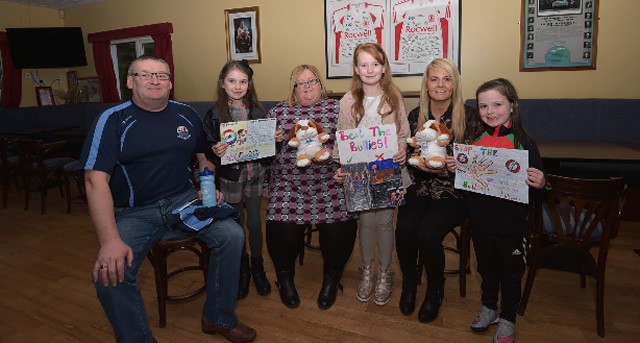 To coincide with National Anti-bullying month, Strabane Sigerson’s Health and Wellbeing Committee initiated a poster competition in the local primary schools. Children were asked to create a poster explaining what bullying means to them.

Sigerson’s GAA aim to create a supportive environment where any form of bullying is unacceptable, both on and off the field. Children are encouraged to report bullying behaviour straight away to coaches or club officers and they know that it will be dealt with immediately and in the appropriate manner.

Claire McCool Sigerson’s Children’s Officer and a member of the Clubs Health and Well-Being Committee commented “This competition gave local children the platform to explore their thoughts and feelings about bullying. Their drawings gave information on all types of physical, mental and emotional bullying and some children drew pictures about cyber-bullying via mobile phones and social media. Although there could only be four winners of the competition, all the children should be very proud of their efforts. We want children to feel that they can take part and play games safely and without any fear of being bullied.”

Health and wellbeing committees have been established in all 32 counties and Strabane’s Ciaran McLaughlin is the National Health and Well-Being Committee Chairman. Ciaran stated “Health and wellbeing is core GAA business. We are a sporting organisation and we are about bringing young men and young women right through from a very tender age and looking after them.”

Ciaran continued “We are a huge organisation and there is a responsibility on us to look after our members in terms of mental health, physical health and general wellbeing. It doesn’t mean we have to be experts on all these things, but it is a case of signposting and letting people know where they can get the help they might need. It is important to stress that the GAA is not a service provider. Sigerson’s wanted their young members to know that they can take part and play games safely in the GAA, we think that message was delivered through this competition”

Congratulations to everyone who entered the competition and of course to our winners Erin Porter, Ciara Mary Brown, Tresa Nic an Chrosair and Alex Kerlin. 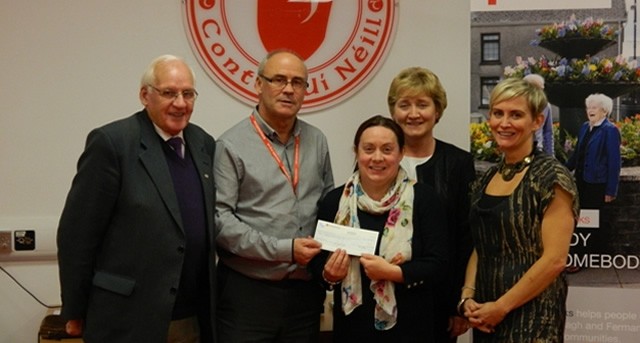 Health and Wellbeing was the dominant theme at a highly successful information evening for Tyrone clubs at Garvaghey.

Twelve agencies showcased their services during the event, which was organised by the Tyrone GAA Health and Wellbeing Committee.

Twenty-two clubs were represented, and all those in attendance were unanimous in their opinion that this was a very useful, informative and enlightening seminar.
Representatives from all of the agencies spoke with club delegates, who in turn inter-acted and discussed many possibilities for their respective clubs and communities.

The foyer was buzzing with activity as delegates visited the various stands and desks, chatting informally with professional personnel and picking up information literature.

In the auditorium, each organisation delivered a ‘speed-intro’, providing the audience with details of their work and how to contact them.
Four clubs officers volunteered to share their experience and outline the programmes they have organised in their own clubs and communities during the past year.

Sinead from Trillick outlined the work the club has done with the local community to secure funding for a community defib, in addition to the one in the club.
They have also addressed Bullying in a very proactive way, and worked at promoting positive mental health among members.

Killyman have engaged with older members of the community through ceili groups and other social groups, as explained by John.

They have also worked with non-players to encourage physical activity through cycles, yoga and walk groups, as well as maintain and update First Aid kits and difibs for the club.

Brenda from Glenelly described the club’s co-operation with neighbouring clubs to organise cardiac screening. They have worked with farm families and received health checks, as well as inter-acting with mental health charities to raise money and promote positive mental and emotional wellbeing.

Finally Beragh official Patsy explained how the club has been very busy with organising their own health fair’s linking with local services, as well as working at addressing social isolation.

They have also completed and are continuing to look at screening in their local community and encouraging people to get themselves screened for heart/artery issues. They have also worked on suicide prevention awareness and achieved financial investment for a new walkway.

“It really was unbelievable the amount of work that these clubs have done and the impact it has had, and this was just four clubs,” said Tyrone Health and Wellbeing Committee chair Fiona Teague.

“The event at Garvaghey was an outstanding success. We had about 22 clubs represented, which is the best attended event we have organised to date.”
She added: “At the beginning of this year, club officers were asked to put in place one programme/intervention in their clubs. However, feedback has shown that they have exceeded this.

“We are now looking forward to 2016 and continually working with club officers in improving the health and wellbeing of their communities.” 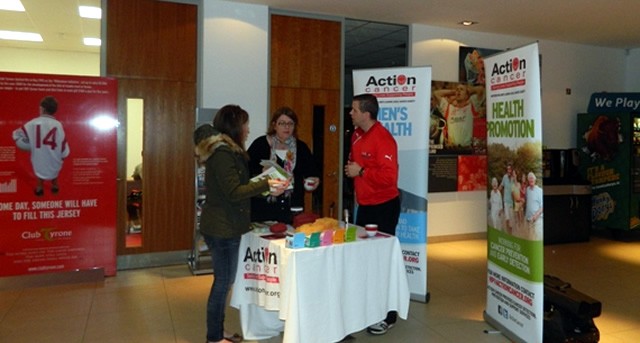 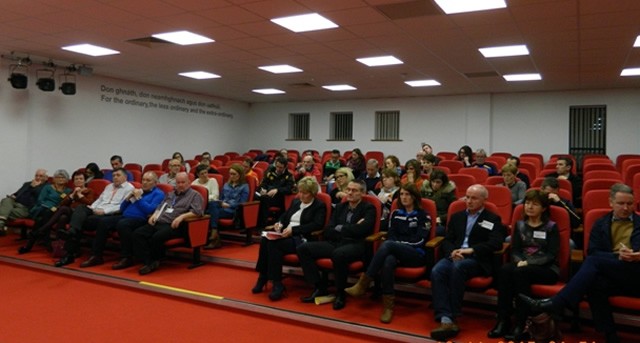 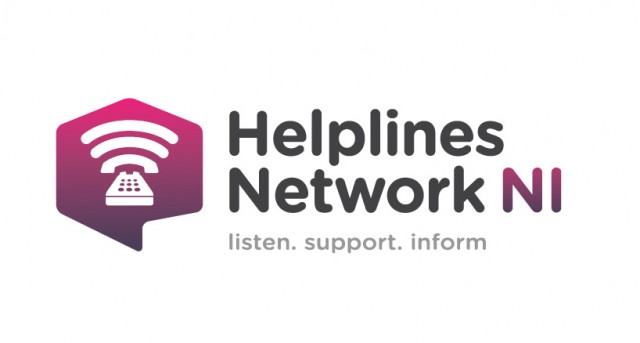 The Helplines Network NI members provide a variety of support services including information, advice, counselling and befriending. Many of the services take place over the phone, via email, text and in some cases, with live web-chat. The Helplines are run by public, voluntary and community organisations and are non-profit making.

This website uses cookies to improve your experience while you navigate through the website. Out of these, the cookies that are categorized as necessary are stored on your browser as they are essential for the working of basic functionalities of the website. We also use third-party cookies that help us analyze and understand how you use this website. These cookies will be stored in your browser only with your consent. You also have the option to opt-out of these cookies. But opting out of some of these cookies may affect your browsing experience.
Necessary Always Enabled

Any cookies that may not be particularly necessary for the website to function and is used specifically to collect user personal data via analytics, ads, other embedded contents are termed as non-necessary cookies. It is mandatory to procure user consent prior to running these cookies on your website.